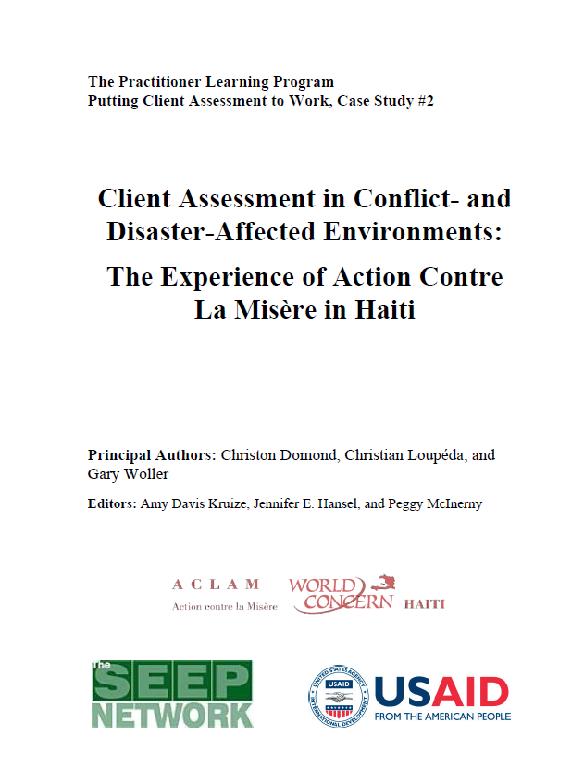 Armed conflicts and natural disasters are frequent occurrences in the developing
countries where microfinance institutions (MFIs) operate. Working in conflict- or
disaster-affected environments poses numerous challenges for MFIs, which threaten both
their short-term survival and long-term sustainability. Action Contre La Misere
(ACLAM), an MFI in Haiti, has had the “opportunity” to work simultaneously in both
environments. ACLAM’s experience offers a useful perspective that can supplement
existing literature on microfinance programs in these environments.

Section 1 of this paper reviews the context in which ACLAM operates. Section 2
describes the impact of political violence and Hurricane Jeanne on the MFI’s clients and
operations. Section 3 reviews the experience of other MFIs operating in conflict- and
disaster-affected environments; Section 4 then examines ACLAM’s response to such an
environment and relates it to that of other MFIs. Finally, the Conclusion offers a brief
summary of ACLAM’s experience in the SEEP PLP in “Putting Client Assessment to
Work,” followed by concluding remarks.