The World Is Mobile, Why Isn't Our Data? 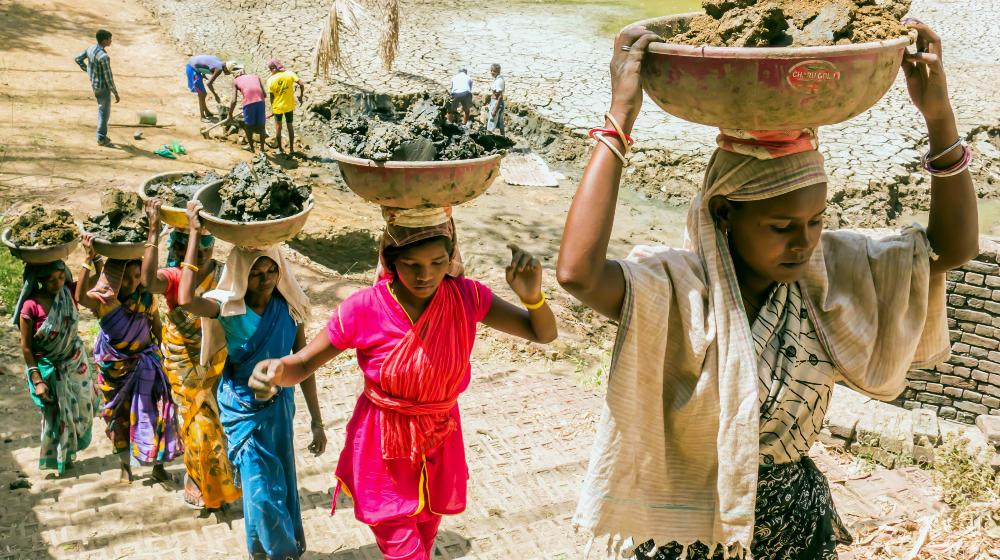 This blog was originally posted on FinDev Gateway.

We are pleased to share it here with the SEEP community. Photo courtesy: Peter Paul Ekka, 2016 CGAP Photo Contest.

The world is on the move. Over 164 million migrant workers make a living in a foreign country, drawn by the chance to earn higher wages or in some cases, to earn anything at all. They are joined by almost 26 million refugees who have been forced to flee due to conflict. While some would prefer to remain abroad, most want to return home at one point and restart their lives with additional skills or savings.

Unfortunately, while migrant workers are on the move, their data is not. Due to regulations and poor design, financial, employment and educational data is siloed within the databases of banks, employers, NGOs or governments. It is sometimes available on paper, sometimes not at all, and rarely available in a format that is portable, accessible and verified. This means that people on the move are often unable to leverage their history – as borrowers who repay on time, as workers who build their skills on the job, or students who complete degrees or certificates – to access financial services or better jobs when they leave their country of origin, or when they return. This results in migrant workers or refugees having to remain abroad longer to build up sufficient savings, or returning home no better off than when they left.

Developing a digital identity system is one potential solution to this problem. Enabled by recent advances in technology, digital identities are blockchain or cloud-based “footprints” that tie verified information related to identity, employment, financial history and/or education, to a specific individual. They can be issued by governments, international bodies, or other organizations and are typically classified as either “foundational” – designed to verify identity and to cover all nationals, or “functional” – designed to facilitate the delivery of a specific service(s) for a segment of the population. Digital identities can be helpful in many contexts, but functional digital identities can be particularly powerful for mobile populations when designed for cross-border use cases. 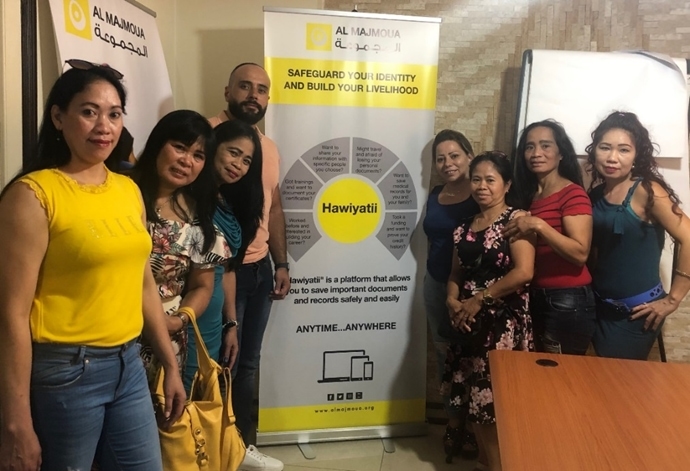 Making Cents International is currently testing this type of solution with Filipino migrant workers and Syrian refugees. With the support of SANAD and FMO and working with Al Majmoua (AM), and Microfund for Women (MFW), the two largest microfinance institutions (MFIs) in Lebanon and Jordan respectively, we have enrolled 1,500 migrant workers and refugees in a functional digital identity system called Hawiyati (“My Identity” in Arabic.) With the consent of the individual, AM and MFW verify applicants’ identity against government-issued documents, then record their loan information (application, contract and repayments) on their individual digital identity.

Our hypothesis is that the identity system will facilitate access to finance for migrant workers and refugees both because it provides future financial institutions with their credit history, but also because it mitigates flight risk, since identity holders will not want to bring a bad credit history record back with them to their home country.

Our experience to date indicates some of the promise, but also perils, of digital identities. Filipino migrants jumped at the chance to create an identity; they were active users of the application and complained if they were not included in the pilot. But they are perfect candidates – well-educated, digitally literate, and always thinking of return since they remit money regularly and travel home annually. In addition, our MFI partners recognized the value of the identity and are interested in incorporating this type of solution into their Know Your Client (KYC) and underwriting procedures.

The experience with Syrian refugees has been more mixed. The segment we served was poorly educated, digitally illiterate, and focused on making a living today, rather than returning tomorrow. They had difficulty understanding the concept in some cases, didn’t see the value, and many, even with training on digital literacy concepts, could not effectively engage with the app. Nonetheless, the incentive structure appears to be working, as initial results indicate that repayment for those with the Hawiyati app has been slightly better than for those without. The other key challenge to date has been building the adoption eco-system to achieve scale, since data will not be of value to financial institutions and individuals alike until sufficient users are enrolled and build their economic identity.

Making economic data as mobile as migrants will be challenging. Training will be critical for these vulnerable populations, the user-interface will need to be seamless, and getting volume quickly will be key to drive large-scale adoption. However, a successful outcome – a world where the mobile can leverage their data to the same degree as the stable – should be worth the risk.

Tim Nourse is President of Making Cents International, a results-driven organization which uses market-based approaches to promote economic opportunities for people in the developing world.

Tim was a speaker at the 2019 SEEP Annual Conference, held on 21-23 October in Arlington, Virginia (United States). He presented on "Digital Identities for Financial Inclusion of Refugees" for the Innovation Challenge, which provides SEEP members with the opportunity to share promising innovations that are still in early stage implementation and that relate to the conference theme and technical tracks.