Not Just a Private Matter: Why Mitigating against Gender-Based Violence is a Business Interest 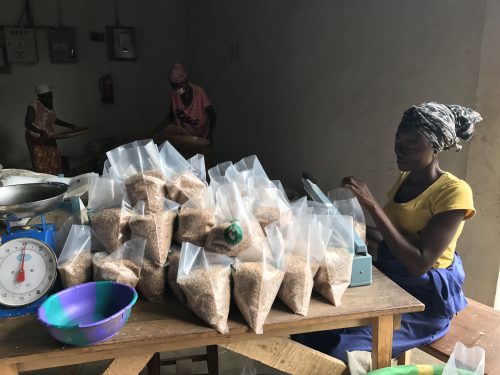 On average, 40 percent of women experience physical or sexual violence at the hands of their husbands or partners across Sub-Saharan Africa. Intimate Partner Violence (IPV) not only has a devastating impact on individuals, families and communities but also directly affects companies’ bottom line. Businesses experience increased staff turnover and absenteeism, lower productivity, and risk of reputational damage due to IPV and other forms of Gender-Based Violence (GBV), regardless of whether it is perpetrated at work or in the privacy of employees’ homes. Mitigating the risk of employees becoming survivors or perpetrators of IPV is therefore a smart business strategy for every company, be it large or small. The case study discussed below showcases learnings from the work of Sierra Leone Opportunities for Business Action (SOBA), a UKAid private sector development program.

Widespread Across the World

One in three women worldwide has experienced either physical or sexual violence (or both) by a man at some point in her life. Estimates show that out of all women murdered in 2012, almost half were victims at the hands of partners or family members. In Sierra Leone, over 50 percent of married women (aged 15-49) have experienced physical, sexual, or emotional violence committed by a husband or partner. The #MeToo movement, through which men and women worldwide have shared their personal stories of sexual harassment, has recently put a

human and often very personal face to these statistics. It has disclosed that sexual harassment happens everywhere - from Hollywood and National Parliaments to schools and workplaces. Sexual harassment sees no geographic or socio-economic borders and is prevalent in the richest as well as the poorest countries in the world. The message remains the same: harassment and violence by men against women is the norm rather than the exception.

Estimates for economic costs of IPV vary between 1 and almost 4 percent of countries’ GDPs; this is more than many countries spend on primary education. Only a few studies look at the costs of IPV to individual businesses. One studylooking at three companies in Papua New Guinea estimates the direct staff time lost due to violence at an average of 11.1 days a year per staff member, which is equivalent to between 2 and 9 percent of the companies’ total salary bills. This includes costs of victims and perpetrators being absent from work, being present at work but feeling physically/emotionally unwell or highly distracted, staff turnover, and management time spent dealing with individual cases. The latter was particularly relevant for SOBA’s partner Lion Mountains, a mid-sized company in Sierra Leone’s second-largest city Bo, processing and selling local rice. Research found that their Operations Manager hardly saw a week pass by without being involved in employees’ so-called ‘private’ matters. Trusted by staff, they approached him for counselling support and providing bail money for an employee arrested and jailed for an assault against his wife, which the company refused to pay. An employee’s husband also physically threatened the Operations Manager.

Lion Mountains expanded its distribution network through the establishment of rice kiosks, which it staffed with an all-female sales team. Thanks to this opportunity, many women secured paid employment for the first time in their lives. This brought a newly found economic freedom for some but intra-family challenges for others. In some cases, husbands and partners felt that their decision-making role was threatened and retaliated with violence. This substantially affected the business. In one case, domestic violence led to one of the kiosks remaining closed for a total of four weeks over a six-month period. Recognizing the direct cost and possible reputational damage to its business, Lion Mountains asked for support through its partnership with SOBA. In collaboration with the program, Lion Mountains put a range of low-cost initiatives in place to mitigate the risk of its female employees experiencing violence from their husbands and partners, primarily for women staffing their newly established rice kiosks: 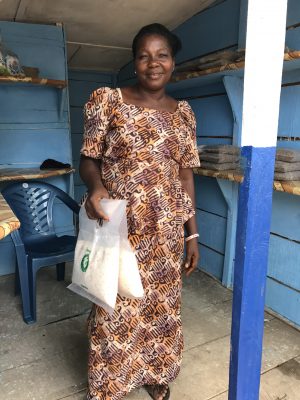 Forms of violence at the workplace, for example sexual harassment, is getting increasing global attention as investors start to look at the social impact of their work and consumers begin to demand information on value chains. Many, however, perceive violence at an employee’s home to have little relevance to the workplace, not considering it a core business matter, especially when compared to workplace harassment. This case study is a powerful demonstration that IPV does not only create enormous personal costs but has very direct economic implications for individual businesses. Investing in prevention makes perfect sense for businesses - small and large alike.

This blog is based on a detailed case study, which is available here. Click here for more details on the program.

Sabine Garbarino is a Principal Manager with Adam Smith International where she provides strategic technical inputs on gender and women’s economic empowerment across a range of private sector development programmes. She specialises in entrepreneurship, business environment reform and skills development. Her particular interest lies in working with the private sector to find sustainable solutions to mitigate against and respond to gender-based violence.