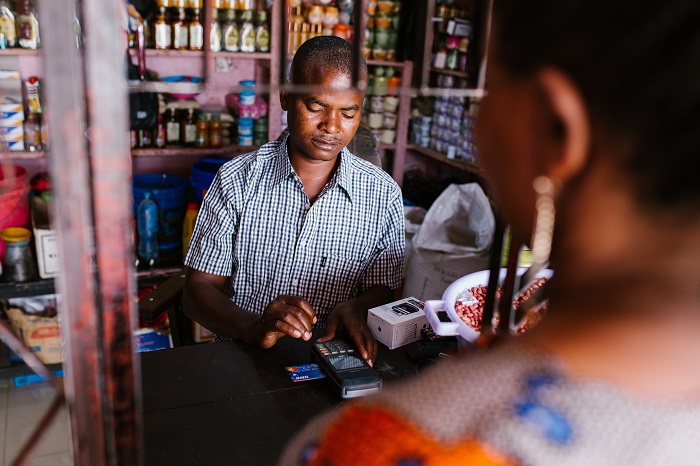 As the Savings at the Frontier (SatF) programme enters its fourth year, Yusef Salehi reflects on the positive effects of having had three years of space – and trust – to experiment, redesign, and establish partnerships. This extensive investment in the programme’s foundations inevitably ratchets up the pressure to deliver results – ironically so, given that if there is a virtue in what SatF has built, it’s owed in no small part to its delicately poised freedom to fail.

Two years ago, I wrote a kind of promise – or a call to arms – regarding SatF’s effort to integrate research and implementation (analysis and action) in order to trailblaze commercially viable models for linking formal and informal financial services. As these models move out of their pilot phases into full implementation, it feels like the right time to revisit that promise and reflect upon the progress that’s been made so far.

What is an organizational culture of adaption?

Over the past two years, I’ve increasingly recognized in SatF a legitimate culture of adaptation. During that time, a consequence of the trust built between the Mastercard Foundation and Oxford Policy Management (OPM) is a set of similarly flexible partnerships with financial services providers (FSPs). Ten FSPs have been carefully selected to deliver a means of offering sustainable services to the financially underserved in Zambia, Ghana and Tanzania. It was a collaborative selection process, in which applicants were considered for their willingness to co-design, adapt and respond to advice and evidence, as much as for the quality of their initial proposals.

At a recent SatF learning event in Arusha, one of the discussion points was whether or not the programme has been too slow to get to the point of moving the test models into full implementation. This reminded me of an observation in the LASER/SAVI report mentioned in my first SatF blog: that the trust required for effective adaptation takes not months but years to create. Regardless of whether or not it could have been shorter, SatF’s involved selection and piloting phase has provided a space in which two-way partnerships could form within the confines of a grantee-implementer relationship. The clear sense of a shared purpose and culture at the annual learning event was a commonplace observation by attendees.

SatF’s cultural cohesion is characterized by a recognition of the complexity of the problem at hand, a willingness to fail and learn, and commitment to finding and following the evidence (perhaps in lieu of biases towards any preconceived solutions). The SatF partnership’s organizational culture – by which I mean the behavioral principles and practices that characterize the project team - is reminiscent of that of a tech start-up: stakeholders, ranging from the Mastercard Foundation representatives to the core management team to the advisory board members, believe that they are involved in something innovative, risky, well-conceived. And they retain the freeing recognition that there’s no shame in failure, which I think better places them to succeed.

That’s the ‘what’, but how has this culture formed?

First, it was originated by a small group of individuals – at OPM and the Mastercard Foundation – who knew it was risky but believed it was a risk was worth taking. The programme’s design rode the wave of sectoral recognition that traditional approaches to linkage were not working, which meant the programme wasn’t pinned under the usual weight of expectation. From that small group of designers, stakeholders slowly came on board (and are still doing so) on the basis not that it’s sure to work, but that it’s worth trying.

Then came the test of commitment.

A spirit of adaptation is relatively easy to generate in design but hard to sustain. What has got SatF this far is the quality of leadership of individuals peppered across the coalition, and those leaders’ adeptness in signaling (and thereby replicating) their ethos.

There’s the signaling power of so-called flagship decisions, like the agreement to extend SatF’s FSP partner-base to include fintech companies in overt recognition that the initial partnership strategy was too simplistic, and the mutual agreement to abandon original grant disbursement timelines in favor of more involved codesign. There’s the proposal selection process itself which was successfully used as an opportunity to attract innovators with the same ethos. And equally important are all the almost imperceptible micro-reinforcements – changes of mind, open recognize mistakes, by the senior members of the programme management team.

When I wrote my first blog on SatF, I was looking to define adaptive process: rules and tools and systems to facilitate responsive, evidence-based decision making. While I’ll continue advising the programme team on their methods and approaches to achieving effective adaptation, SatF has taught me to place a fresh emphasis on the establishment of an enabling organizational culture, and leaders’ signaling power in achieving it. This is no trivial leadership characteristic – accommodating rogue ideas and admitting mistakes is exposing, time-consuming, hard to sustain and often thankless when stakeholders are pushing for clarity and simplicity. But whilst it might be an uncomfortable place to inhabit, I’ve been taken by how effectively such signaling unlocks adaptive behavior within a team.

From what I’ve seen of SatF so far, I’d advise implementers and donors to think carefully about their own strategies for maintaining space for flexibility and change. We often in our sector place a lot of emphasis on our partners’ skills and track records, and the ready-made answers their experience has given them. But when the need for learning and adaptation is high, expertise takes a backseat to open-mindedness. I think the SatF team’s expertise is certainly an enabler, but a far more precious commodity for that team (including their partners and those at the Foundation) is their level of comfort with, and commitment to, the painstaking and time-intensive process of learning from mistakes.

Yusef Salehi is the Learning Adviser on the Savings at the Frontier (SatF) programme. SatF is a $17.6 million partnership between Oxford Policy Management and Mastercard Foundation. Learn more.