How Mobile Money Can Cut Down on Corruption in Afghanistan

This blog post originally appeared on Chemonics' platform, The Compass.

We are pleased to share it here with the SEEP Community.

Increasingly over the last several years, using mobile money as a tool for spurring economic growth and development has been heralded as a laudable development endeavor, and rightfully so. Those familiar with this narrative will quickly point to the case of Kenya's M-PESA. From media coverage to academic studies, the rapid growth of mobile money services in Kenya has been one of great appeal and widely encouraged as a model for replication.

In Afghanistan, the growth of mobile money services unsurprisingly resembles a slower trajectory given its status as a low-income country facing significant institutional, infrastructural, and social challenges. Nonetheless the potential for mobile money to ignite systemic development gains still ring true in Afghanistan, even if starting from a very low base of mobile users. For example, while there were no mobile phones in Afghanistan in 2000, today more than 90 percent of Afghans own a mobile device (approximately 27.5 million) â€” creating a critical mass for large-scale growth. 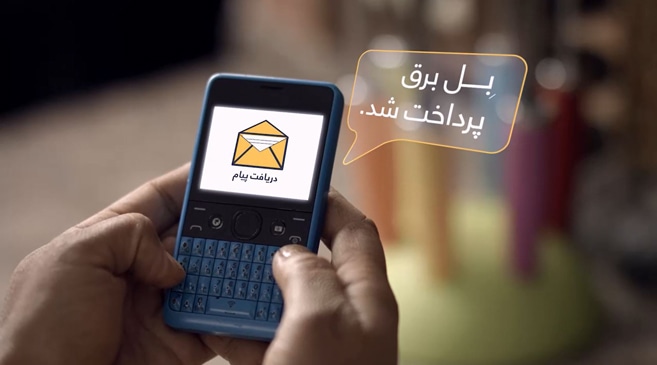 Particularly interesting in Afghanistan is the potential for mobile money to help stem rampant financial corruption. Rated the third most corrupt country in the world (according to Transparency International's 2015 Corruption Perception Index), the pervasiveness of corruption in Afghanistan is far-reaching. Illustrating this, the Asia Foundation reports that 90 percent of Afghans believe that corruption is a problem in their daily lives. In their survey from 2006 to 2015, more than 76 percent of Afghans said that corruption is a major national problem. Moreover, the United Nations Office of Drugs and Crime (UNODC) reports that half of all Afghans pay a bribe when accessing a public service. These realities along with monumental scandals like the not-so-distant Kabul banking scandal of 2010, crucially undermine public confidence in Afghanistan's financial sector, and contribute to a lack of usage of financial services as illustrated by the fact that only 10 percent of Afghans have a registered bank account.

The reason mobile money is an important tool for combating financial fraud in a place like Afghanistan is that it hampers some of the most common forms of cash-based corruption: graft and skimming bill payments, cash transfers, and salaries (including "ghost employees"). Unfortunately each of these are commonplace in Afghanistan, especially salary skimming, which happens seemingly unabated to both government and private sector workers. These forms of corruption are especially easy when salaries and bills are paid in cash, while mobile money hinders skimming by adding additional authentication mechanisms and record-keeping to each transaction. In a recent post, Helene Rosenberg covered how the cost of cash increases personal risks and drains resources, and in Afghanistan this is especially true.

To implement mobile money in Afghanistan, USAID and Chemonics' Financial Access for Investing in the Development of Afghanistan (FAIDA) project partnered with the Ministry of Finance and Wireless Communications Company (AWCC) to initiate the first mobile money salary payment system. There are now more than 10,000 police officers across the country receiving their salaries via AWCC's M-Wallet service, which may also be adopted by the Ministries of Education and Labor. FAIDA also worked with Etisalat and the national electricity company, Da Afghanistan Breshna Sherkat, to support mobile bill payment, registering more than 50,000 customers to date.

Currently the FAIDA project is spearheading the first ever national media campaign in collaboration with the Afghan government, mobile network operators, financial institutions, and mobile money service providers to promote the use of mobile money services as a safe, reliable and convenient way to manage money. The campaign uses radio, television, social media, and community theater to encourage Afghans to use mobile payments to circumvent the corruption of Afghanistan's cash-based economy, allowing users to save more and worry less.

Andrew Hull and Elise Sidamon-Eristoff are part of the Financial Access for Investing in the Development of Afghanistan (FAIDA) project management unit in Chemonics' Afghanistan region.