Facilitating shifts in prevailing social norms that have disadvantaged women for centuries is a sensitive and slow process, especially in rural communities. Fintrac has been working with farming families in Honduras for nearly 20 years and our approach to gender integration has been continuously evolving as we seek new ways to address deep-seated behaviors and effect cultural change.

Gender inequality is pervasive in Honduran communities, where machismo often keeps women in subordinate positions to men, and precludes their engagement in income-generating opportunities. This is especially apparent in rural areas where less than 30 percent of women are involved in economic activities, compared to nearly 80 percent of men.

Machismo is ingrained from a very young age and is cultivated by both men and women at home and in the community. It is often the foundation for men's views on masculinity and affects their interactions with others. It also contributes significantly to women's disempowerment. 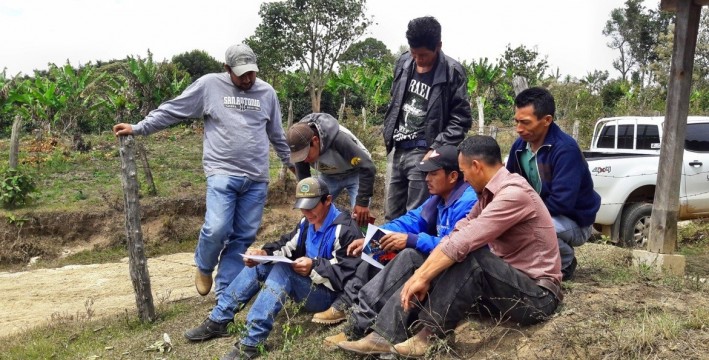 During breakout sessions, participants in the masculinity workshop series reflected on gender roles in their homes and communities and explored solutions for the inequalities they identified.

Development practitioners have typically targeted women as the catalysts for change in their communities, engaging them in non-traditional activities to generate income. However, we have found that male buy-in is essential for the success and sustainability of women's empowerment initiatives, and with this in mind, expanded our gender integration approach in Honduras to include men as target subjects for raising awareness about roles and responsibilities in the household, work place, and community.

We launched a masculinity workshop series in December 2015, with a specially-designed curriculum that:

For the pilot sessions, Fintrac invited an all-male producers' group and a group of fathers whose children were participating in the health and nutrition component of our Feed the Future ACCESS to Markets project. We also held workshops for project staff to ensure the messages delivered in day-to-day agricultural training are gender-sensitive and that field technicians are effective facilitators of the project's gender integration strategy.

The workshop instructor, a male Honduran national with a specialization in human rights and masculinity trainings, encouraged open dialogue among participants during the two-day event. Training modules covered topics such as social norms for men and women, the division of responsibilities, gender stereotypes, gender inequality, male role models, consequences of machismo, and how men can contribute to gender equality. The dynamic interactive sessions included presentations with relatable examples, work in teams, group discussions, videos, and debates.

The masculinity workshops provided the men with a space to consciously reflect on the rift created in households and communities by the practice of machismo, and provided tools and practical recommendations to break hurtful patterns (e.g. participate in domestic work, communicate more respectfully with partners, and hold other men to the same standard).

Several participants acknowledged moments in their own lives when they had been guilty of machismo. "[I learned] to recognize that I have provoked bad situations in my home. [I want] to not look for someone to blame, but to look for solutions," expressed one producer after participating in the training.

In addition to pin-pointing examples of negative masculinity in their own lives, the men called for change. "I have to change my attitude to be a better husband, a better father. Machismo only leads to violence, not just against our partners, but against our society," said one father.

These realizations are the first steps in deconstructing harmful views and developing male advocates for female empowerment. When misconceptions are debunked and all members of the community buy into the benefits of gender equity, transformation can be sustainably achieved across Honduran communities.

The author, Stephanie Wessels, is a gender specialist at Fintrac, Inc and can be reached at swessels@fintrac.com.