COVID-19: Why Policymakers Need A Gender-focused Approach for Health and Economic Recovery 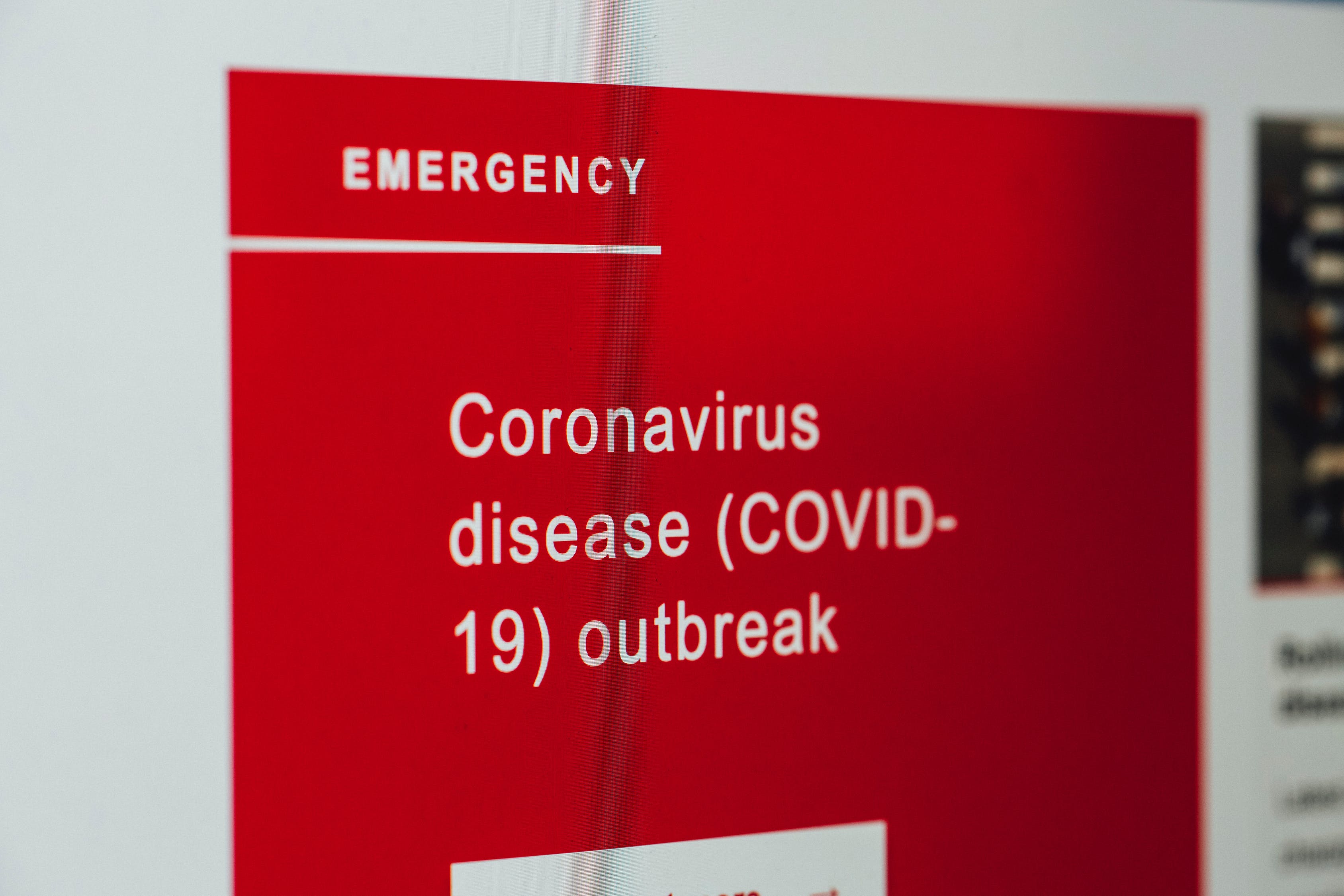 As the COVID-19 pandemic continues to engulf the world, questions of post-disaster recovery must be at the forefront of the conversation. We’re still far from understanding the full impact from the spread of the novel coronavirus in developing countries, but international health and economic crises have taught us that although they disproportionately burden women, policymakers seldom prioritize gender-based implications during recovery. Now is the time for development advocates to push for governments and policymakers to ensure it’s different this time - and to address gendered inequalities that could both enhance well-being, such as universal healthcare and social protection, and help economies become more resilient to future crises.

Based on the evidence thus far, the global pandemic has the potential to deal a one-two punch: a major global health crisis and a global economic crisis that will persist well after the slowing down of the immediate health emergency. While these shocks affect everyone, women - who comprise 1.5 billion of the world’s low-wage workers and twice as many of its carers - may be particularly vulnerable to the economic and health crises that unfold in the wake of COVID-19.

Gender roles and norms determine men’s and women’s caregiving duties, mobility, livelihoods, and access to economic opportunities and education. Women the world over are subject to these norms, but for our low-income neighbors, particularly in developing country contexts, these roles place them at higher risk.

During epidemics, women and girls are more vulnerable to certain pathways of infectious disease transmission. They are less likely to be treated or have their concerns about symptoms taken seriously and are often at higher risk for negative secondary effects of epidemics, such as loss of access to general preventive care. The care duties that women undertake at home make them true ‘first responders’, increasing their exposure to all diseases. In the case of Ebola, which spread through contact with bodily fluids, women were also at higher risk of exposure as their caring duties extended to preparing the dead for funerals. Pregnancy during a health crisis also increases risks of secondary complications for women as they try to access overburdened healthcare systems or avoid accessing care for fear of disease transmission.

Reproductive health outcomes are jeopardized both in the short and long-term by events like the current pandemic. At the peak of the HIV crisis, for example, it became clear that gender inequity increased women’s risk of infection, not only through women’s care duties, but also their frequent inability to negotiate consistent safe sex or safe spaces. Both issues are compounded by poverty and limited access to social or physical resources. Control over protected sex is often a woman’s burden in a heterosexual couple. This control is compromised if reproductive health services such as provision of condoms and other contraceptives are not prioritized and protected as essential healthcare. Individuals who are covertly accessing contraceptives including unmarried girls, individuals living with HIV, or women whose partners do not know they are avoiding pregnancy will be less likely to go out and seek essential care during a shelter-in-place order. This results in a lapse in continuous coverage and thus in a variety of unwanted sexual and reproductive outcomes. In the long term, unwanted pregnancy predicts increases in both maternal and infant mortality, as does loss of quality of antenatal care.

The potential impact of domestic and intimate partner violence of being sheltered in place with a physically or sexually abusive partner is also under scrutiny. About one in three women is a victim of some form of domestic violence; the frequency of experiences of violence victimization (including coercive sexual experiences) is likely to increase when women cannot take themselves or their children away to locations that have traditionally been safe for them. Increased economic distress, an inevitable outcome of this crisis, is associated with increased perpetration of violence.

What Governments Need to Do

In preparation for long-lasting effects of the current crisis on public health and women’s access to reproductive control, governments and international actors around the world should be investing in

Failure to do so will set women and communities back in terms of progress towards sexual and reproductive health justice and their individual and community goals for economic growth if unplanned pregnancies and births increase due to loss of access to services.

Compounding the health vulnerabilities are socio-economic shocks. We also know that domestic violence against intimate partners, children, and elders increases during periods of economic stress.

We also know that women make up a significant share of low-wage workers in the manufacturing sectors - garment workers, food processors, and line workers - as well as employees in the service sectors such as food services, hospitality, and tourism. Many more women work in the informal sector as smallholder farmers, own-account workers, house cleaners, childcare workers, and micro-entrepreneurs. Smallholder farmers, who comprise large share of workers in low-income contexts and who often sell goods in cross-border exports, may be especially hard hit as borders close.

During the Ebola epidemics, the economies of Guinea, Liberia, and Sierra Leone suffered significant short- and long-term losses due to border closures shutting down critical regional markets and trade. Migrant workers working on commercial farms or in factories across a border needed to return home, severely limiting their economic opportunities as well as halting much-needed remittances to families abroad.

Informal work and low-wage employment lack a social safety net such as paid sick leave, parental leave, or retirement contributions. Economic shocks brought on by ceasing regional and global production will have ripple effects on households as girls are pulled and remain out of school to help out at home, take on unpaid caring duties or household duties left vacant by another family member, or married off early to relieve the family of another mouth to feed. Any long-term economic projections on impact from the pandemic must include these unseen costs to families and communities.

What Governments Need to Do

As governments in the Global North prepare to run historic deficits and raise debt ceilings to address the crisis, developing country governments should also prepare to invest in

Now is the time to move beyond conventional measures such as the extension of low-interest loans for existing businesses or wage subsidies to those already in the labor-force to forms of universal basic income payments for every adult. Anything less would channel relief largely through men and reinforce the kinds of negative gendered impacts discussed above. This crisis could be an opportunity for governments in the Global South to both make critical investments in health care infrastructure and address gendered economic inequalities.

Strong preparation for the gender- and poverty-driven aftershocks of the pandemic requires multilateral collaboration from local and global policymakers in efforts such as assessments of critical weaknesses and gaps in healthcare coverage; international aid that does not undermine social protection and in fact builds on these systems worldwide; and ensuring leadership opportunities for communities most impacted and therefore most capable of identifying their own needs - especially women.

As governments design their stimulus programs and prepare much-needed relief for their citizens, both pragmatic and justice-driven considerations for those in the Global South mandate robust preparations for a multilateral response. Amongst the many things we have learned from past epidemics, an often-overlooked lesson emerges - that we are truly all in this together, and that our health and wealth depend intimately upon the health and well-being of the least fortunate among us.

Elizabeth Anderson is a Research and Evaluation Specialist at ICRW and is working with the Global Health, Youth and Development team. Prior to joining ICRW, Elizabeth was a Research Associate with the University of Arizona Medication Management Center.

Smriti Rao is a Professor of Economics and Global Studies at Assumption College, Worcester MA, and Resident Scholar at the Women’s Studies Research Center, Brandeis University. She teaches development economics and conducts research on the interaction between gender inequality and economic inequality, particularly in India.

Sarah Gammage is a Policy Director for Latin America with the Nature Conservancy. She has more than 25 years of experience working on gender and development in Latin America, Africa and Asia. She has a PhD in Environmental Economics from the Institute of Social Studies in The Hague and a Masters’ degree in Economics from the London School of Economics and Political Science.